The Two-Minutes Hate on Vaping 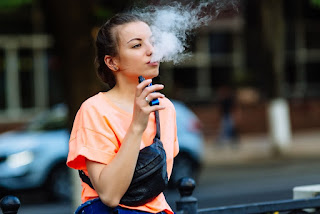 In the news this past few weeks has been a good example of a manufactured "crisis".

Media outlets have breathlessly fixated on the "dangers" of vaping (aka "e-cigarettes").  I guess this is the assigned Two-Minute Hate for the last half of September.

But let's go over a few actual facts that don't fit well into the mainstream crisis narrative.

First: Tobacco is a legal plant that many individuals want to enjoy.  If it is prohibited, then we will simply have yet another war on a plant that will be as effective as the war on poppies, marijuana, coca, khat, and many others.

Keep in mind that e-cigarettes, like cigarettes, is simply a "delivery device".  When different kinds of "delivery devices" are developed, different people are going to try them, and use them, if they wish to.  There are already cigarettes, cigars, little cigars, cigarillos, dissolvables (such as lozenges, strips, or sticks), smokeless (chewing tobacco and moist snuff), waterpipes ("Hookah"), and now e-cigarettes.


There are already millions of vapers.The mainstream media has generally (with a few notable exceptions) failed to make clear that the current "crisis" among vapers is not caused by vape juice, but rather, by a subset of vapers who are putting THC oils (and vitamin E oil, and other crap) in their e-cigarettes.  And probably a lot of other substances, according to investigative articles in the Washington Post and Wisconsin State Journal.


One of the more interesting aspects of vaping is the possibility that vape juice can be rather easily tailored, and there is already some evidence that the trend among longer-term users of e-cigarettes is to choose smaller nicotine content juice cartridges over time.

If the vaping market were left alone, there is reason to believe that trend (of lower nicotine content vape choices) would continue and/or accelerate: One thing that a free market always does is it tends to mitigate negatives and accentuate positives.

The black market (Prohibition) means adulterated drugs, which means death for more than a few users (especially youthful, inexperienced ones who don't know what to look for).  Which is what we are right now seeing with the current "Vaping Crisis".

Then consider what the free market has delivered in comparison to Prohibition: We now have light beer and non-alcoholic beer, whereas under Alcohol Prohibition the trend was toward harder and harder, more potent varieties of hooch.

In a legal market, and with steady Education and Persuasion campaigns, kids trying drugs will find pure (and ever-safer) prepackaged versions of them at Rite Aid and Wal-Mart, with instructions on safe use.

They won't get that from the local gang-banger who is filling vape cartridges with THC oil.

Over time, then, it stands to reason that it would be better for there to be a less-harmful alternative to cigarettes to be encouraged and available so people who have to put something in their mouths will be able to choose something less harmful rather than more harmful.

If vaping is made illegal, it will simply go underground.  The technology for vape pens is widely known and easy to replicate, and prohibiting it will simply open up a new market for organized criminals to supply.

As an interesting side note, Colorado is not having anywhere near the problem with this that other states are -- because marijuana is legal, and people therefore tend to use traditional marijuana delivery methods.

The THC oil vaping problem would likely resolve itself in a legal market.  If CVS and Walgreens were selling vape juice with THC in it, they would have to find ways to make it as safe as possible, or they would find themselves with a lot of liability claims.  Drug traffickers who are illegally filling vape cartridges have neither the will nor the ability to figure out how to do that -- they're just supplying a product that people want, and they aren't going to be hauled into court if their product hurts someone.

1.  What do Libertarians think of Trump’s vaping regulation?

3.  I Vape I Vote Membership Promotion

The Power of One Libertarian

Roy Scherer is only one man, but he accomplished some rather incredible things.  Medical marijuana was just one of Roy's signature accomplishments: Virginia was the first state with it!

Roy convinced enough members of the Virginia General Assembly to liberalize the law in the late seventies -- long before the California initiative that addressed the issue there in the nineties. Virginia's MedMar reform passed quietly into law mostly due to Roy's patient, quiet persuasion.  Unfortunately, it wasn't a self-executing law, and remained mostly unused.

A little-known secret is that the only doctors in Virginia who could legally suggest it without the DEA raiding their house, shooting their kids and dog, and revoking their medical license, were those at the V.A. hospitals.  If I recall, most of the couple of dozen legal federal users of the late seventies and eighties were residents of Virginia, and, several of them were VA patients.

Some cracks in the wall eventually appeared in the rest of the country: The federal government finally said in 2010 that patients treated at Veterans Affairs hospitals and clinics will be able to use medical marijuana in the then-14 states where had been legalized.  Read more about this here.

Another example of Roy's handiwork is the historically-lenient Virginia possession law (under, again going from memory, 1/4 ounce is (or was) a rather cheap misdemeanor fine, rather than a jail-able offense).

And Roy has been exceptionally successful in stopping bad legislation in committees by pointing out flaws even the sponsors had to agree with.

Yes, more would get done with numbers, but no one should be quick to dismiss the incredible success Roy has had as a single lobbyist.  So many times it can be just a matter of remembering that lawmakers are human (or at least resemble them), and having an interested citizen around to do a "second reading" from a hands-off starting point often shows legislators where their ideas smash up against reality.

It often takes only takes one or two Libertarians in the right place at the right time to get what can be huge reforms enacted.  For instance, the only time in U.S. history that a state income tax was abolished happened to coincide with the terms of just two Libertarian Party legislators -- Dick Randolph and Ken Fanning -- in the Alaska state legislature.  It was the Libertarians who introduced the repeal bill, and persuaded their 18th century holdout political opponents to support it. 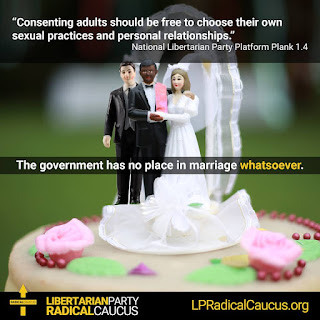 Price Gouging: It may not fare well in the court of public opinion, but increased prices in the face of high demand and low supply is the market's way of conserving a resource.
If a hurricane blows through and I'm the first one to the store, I'm going to buy a dozen cases at $3 each and there will be none left for you.
If the price goes up to $25 a case, I'm going to buy 2 and the will be some available to you when you get there, albeit at a higher price point.
Here's a story about a guy named Chris. Just a regular working guy. He doesn't worry about stocking up on bottled water. Because Chris is smart. Before the hurricane blows through, he fills up containers from his tap water. And he also fills his bath tub full of water. It's not rocket science.
The fact that people are hysterical and idiotic should cost them money.
Every business owner is "price gouging" at all times. That is, they are all charging the highest price they can currently get for their product. All that changes in this scenario is the price that people are willing to pay. You aren't going to buy anything today that hasn't been prices at the highest price the provider thinks they can get the largest amount of people to pay.
Eliminating price gouging means fewer and fewer stores will bother sending employees to make emergency supply runs to stores further away from endangered areas so they can have product to sell.
So more "out of stock" signs.
That must be a good thing.
Right.
Libertarians aren't here to placate the ignorant voter.
We're here to speak to the exceptional voters who know the bullshit ignorant voters vote for is... bullshit.
Stop trying to kowtow to children, economic illiterates, moral relativists, and thieves -- all of whom were vaccinated to be that way by 12 years of government's coercion-funded forced- indoctrination penal colonies.
Posted by -- Marc Montoni at 9/09/2019 11:06:00 PM No comments: